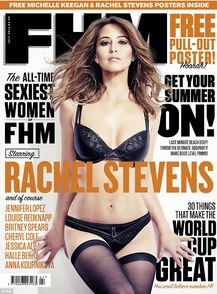 
Lisa Tamsin Faulkner was born on the 19th February 1972 and is a well-known celebrity chef and English actress. She is most recognized for her as Fi Browning in soap Opera in BBC One known as EastEnders.

About Her Early Life

Born in Merton, London, her parents were a legal secretary and a civil servant. She went to school at Tiffin Girl’s School in Kingston. She was only 16, when Julie her mother lost a battle with throat cancer. Lisa has since her death discussed her experience, along with many memories about her mother in various magazine and newspaper interviews.

In the same year that her mother died, Lisa was approached by one of the modelling scouts on a platform of a London tube station. Later in the year 1992, she appeared in The Lover, which was her very 1st acting appearance. By the age of 23, she appeared in Dangerfield, a British TV drama playing the part of Alison Dangerfield. Other roles between 1999 and 2001, included Dr Victoria Merrick on the series known as Holby City.

In the year 2004, she starred on ITV in the role of D.S Emma Scribbins, in Murder in Suburbia, her role was a CID policewoman. This show returned for its 2nd series in the year 2005. Faulkner has featured in FHMs 2010 Sexiest Women in the World 6 times between the years 1999 and 2004.

She has also regularly contributed to the Channel 5, chat show called The Wright Stuff, the Sky 1 magazine show Angela and Friends%and Big Brothers Little Brother which one of the magazine programmes about the UK reality TV show Big Brother on Channel 4.

In the year 2010, Lisa Faulkner won Celebrity MasterChef, where she beat Dick Strawbridge and Christine Hamilton. She went onto co-host the Real Food Family Cook Off with Matt Dawson on Channel 5. This series aired in the year 2011. Later in the year 2013, she went onto co-host on the Channel 4 daytime series What's Cooking, along with Ben Shepard. In 2015, she stared with Shepard again on the episode known as This Morning Summer. In March 2017, she made an announcement that she would be staring in the role of Fi Browning on EastEnders. Her character involves a sophisticated and stylish businesswoman. Fi would later be revealed as Sophie Wilmott-Brown's, daughter of Kathy Beale's rapist James Wilmott-Brown.